I was watching seals, swimming around in the Icelandic glacier lagoon. There were about a 100 of them.

They were trying to catch fish and an occasional gull. It had been awesome to watch. I never saw so many seals at the same time in one place. But they all swam into this pool from the ocean. Quick movers at times.

And the all of a sudden it popped up. A white little dot. I noticed it immediately as it was making itself known right at my feet. Little bird intimidating as a wannabe big bird. 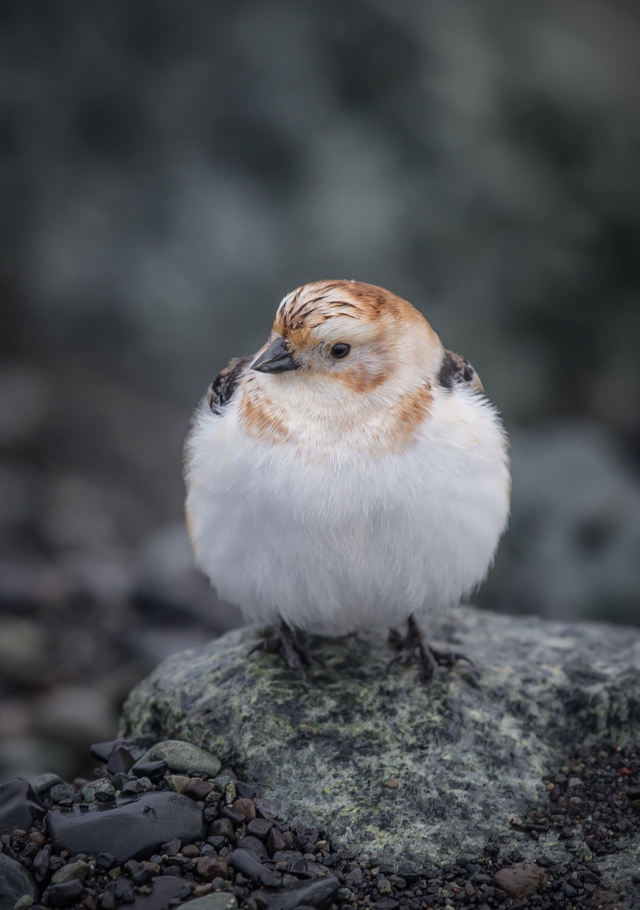 What a cutie and it totally made me forget about the seals for a second. Never seen a bird like it. From the back it was black and brown but up front it was pure white. And just so little. But it was a brave little one. Was guessing that it must have had a nest in the rocks right about where I was standing. As he came that close.

His wife popped up too now. She stayed a bit more in the distance. Pretty too but less whites on her. But all puffed up as it was cold and rainy that afternoon. Like a ‘featherful’ round ball. 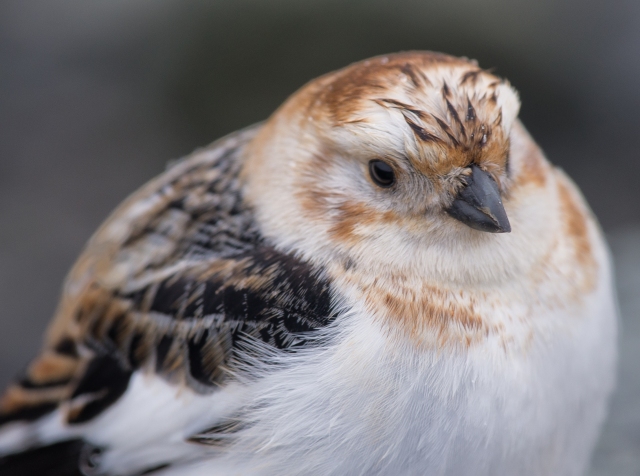 Standing next to me was a French speaking family. They had been ooh-ing and ahh-ing in French over the seals. I had enjoyed listening to them. French is such a romantic and expressive language.  When the dad also saw the little white bird he came rushing to me. It’s a snowbird! it’s a snowbird! Or as he said “iet ies uh snooburd”. I asked him if that was the name of the little white bird still standing brave at my feet as it was a new bird to me. He confirmed with a oui belle huh? Yes, very beau & belle indeed 🙂 Thought that snowbird would have been the utmost fitting name for the bird as it was that white as snow. Great camouflage. We both shot a few pictures of it as the bird posed so nicely after that. So beautiful!

When I got home I looked up snow bird but couldn’t find it under snow bird. A Google search did tell me it was called a snow bunting. That sounded even more pretty than snowbird huh? A bunting.  Then I read on and it said, also known as Snowflake. And that totally did it. I absolutely love this little Arctic bird! Flocon de neige, how about that? Sounds divine and delightful fluffy huh? 🙂

Nature is full of genius, full of the divinity; so that not a snowflake escapes its fashioning hand.
– Henry David Thoreau

One thought on “Snowflakes”